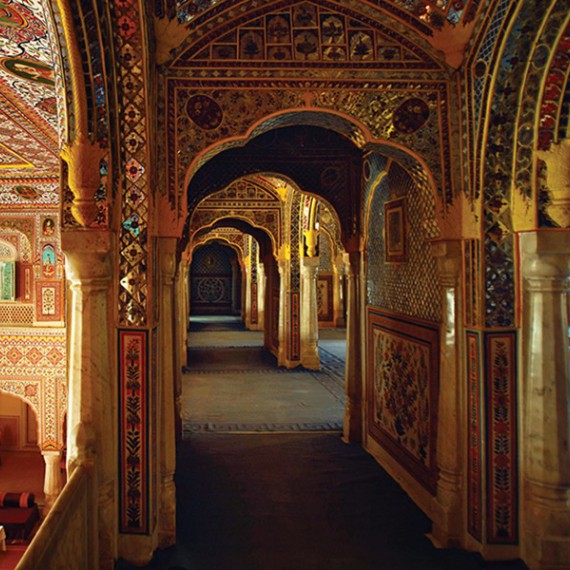 Since the beginning, photography has been a source of inspiration and celebration. From that iconic photo of the Afghan Girl on the cover of National Geographic Magazine, to that image of the American sailor kissing a woman on Times Square on D-Day, to Anne Geddes’ photos of adorable babies, beautiful photographs are always a cause for celebration.

On its 20th year, Plains and Prints is celebrating the genius of acclaimed lensmen Mark Nicdao and Wig Tysmans by digitally printing choice photographs on the brand’s anniversary collection, and coming up with truly special pieces that evoke inspiration and nostalgia.

Fashion photographer Mark Nicdao has snapped photos of the who’s-who in the dazzling sartorial world. Nicdao has worked with not only local celebrities and models, but also with international stars such as Paris Hilton and Adam Levine. He was also a nominee in the 2011 Asian Top Fashion Photographer Awards. He credits all this to his ability to tell stories with a single photograph.

“I’ve always been fascinated with movies. Ever since I was a child, I’ve always loved films, especially the independent ones,” Mark recounts. “I suppose that’s how I learned how to tell stories with just a shot.”

But apart from fashion, Mark also loves to shoot interesting locations.  ‘’It’s what I call my ‘photography for leisure.’ I go on vacations and take photos of things that interest me. I especially like how I can be freely artistic with these shots,” he explains.

On a trip to the Rajasthan region in India in 2008, Mark captured the mystery, color, culture, the life, the beat of this exotic destination through his lens.   “It was really magical, that’s how I felt when I went to India. I’m sure a lot of people have been to India but for me, it’s special because I’ve never seen anything like it. Especially the people, the colors, everything,’’ Mark gushes.

Mark always keeps his vacation shots in a safe place, he says, because at the back of his mind, he is planning to turn them into a book or something special in the near future. But never in his wildest dreams did he imagine that his precious photos would be translated on clothes! These vacation shots in India are thus the ones to be featured by Plains & Prints for its Photo-Fashion Anniversary Collection.

“When I saw the Plains and Prints pieces, I was very happy with the results. It’s as if I was transported back to the streets of India. It’s an achievement because a brand like Plains & Prints totally believed in me. Seeing those clothes, everything came back to me, those happy moments when I was shooting those pictures. It’s a proud moment. Not a lot of people go to India and I want to share it with everyone. It’s gonna be immortalized in the clothes,’’ Mark says.

HOME IS WHERE THE HEART IS

Fans of revered portrait photographer Wig Tysmans will be pleased to know that some of the snapshots closest to his heart are now immortalized on Plains and Prints’ anniversary collection.

“These are photos I took of my children when my family still lived in Baguio. I wanted to capture the blue skies and I could only do that early in the morning. So I wake them up, we drive around, and I just let them run free while I take photos of them,” recalls Wig.

The City of Pines will always remain as one of Wig’s great loves, more specifically, the Baguio of yore. ‘’There’s always beauty to find in Baguio. There’s also art there. When I was an Architecture student, we had all these dreams of zoning and planning Baguio city. It’s hard when it becomes the most desired place to live in. Even people build houses there as their second homes. But Baguio was designed for a population of only 20,000, and now it has about 400,000, and a million on peak season,’’ he explains.

These photographs are extra unique because of a special technique Wig experimented with during the ‘70s. “The photos are captured with infrared film. This means it has this special effect of making the skies really deep blue. Combined with the Baguio scenery of the late 70s and early 80s, it makes for an interesting photo, and now, interesting prints on clothes,” he adds.

People often say that there is something about a Wig Tysmans photo that makes it unique, a stand out even. “I guess you can say I have a certain lighting technique and I play with the use of shadows. But I have always believed in not restricting myself and trying out everything,” Wig says.

Seeing Anne Curtis wear the Plains and Prints anniversary collection that carries his own photographs has made Wig feel nostalgic. He was even in tears, sort of!

‘’Because I never saw it like that when we discussed this with the creative team. I was surprised that the photos had been translated this way and I love it!’’ Wig enthuses.  “The most I ever dreamt of was that my photos would be printed on a t-shirt, but this new collection goes way beyond that. The way it was done was also very tasteful, so I’m happy.”

On its 20th year, Plains and Prints continues to flourish as it showcases the Photo-Fashion Collection of Mark Nicdao and Wig Tysmans, in a fusion of photography and fashion that exudes nothing but elegance, style, creativity and inspiration.The Photo-Fashion Collection limited edition will be out in all Plains and Prints boutiques in July and August.

Leave a CommentLeave a Reply

has been added to compare.
has been removed from compare.
Continue shopping Compare